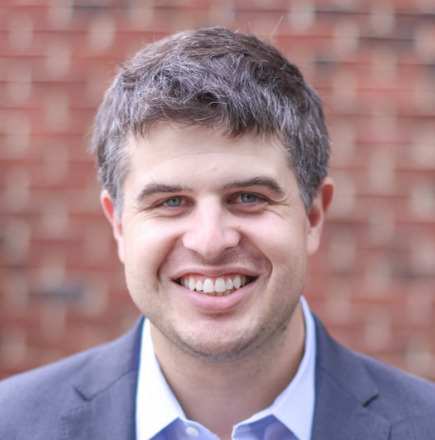 Jarrett Lewis is a Partner at Public Opinion Strategies, a national political and public affairs research firm, whose clients include leading political figures, Fortune 500 companies, and major associations. The firm is also part of the bi-partisan research team that conducts the NBC News/Wall Street Journal poll. Jarrett’s work is heavily rooted in the health care industry and he has extensive experience conducting survey research and providing advisory services for large health systems and health care companies.

Jarrett was previously Executive Director of Health Policy at The Health Management Academy, a network of executive leaders from the 100-largest hospital systems across the US In that role he advised C-Suite hospital system executives on federal policy initiatives and strategy. He also created and led a business unit offering advisory services to health system executives using proprietary survey research data in areas of business development, marketing, budgeting and health policy. Additionally, he directed a quarterly health care survey of 1,500 consumers, sponsored and published by the Royal Bank of Canada (RBC). He regularly speaks to health system and health care company boards of directors and leadership teams on the topics of health policy and consumerism in health care.

Jarrett began his career at Public Opinion Strategies, providing survey research analysis to federal and state campaigns during the 2008 election cycle. He worked for Public Opinion Strategies again during the 2012 election cycle, serving as a strategist and pollster to the Romney for President Campaign from 2011-2012. In that role Jarrett provided in-depth analysis of internal survey research data to senior campaign officials, including over 300 surveys and 150 focus groups.

Jarrett is a RIVA-trained focus group moderator and has moderated or managed over 200 focus groups in his career. He has an MBA from the Fuqua School of Business at Duke University and a BA in Political Science from Clemson University, where he was a member of the men’s varsity soccer team. He lives in Alexandria, Virginia with his wife Elise and their son.